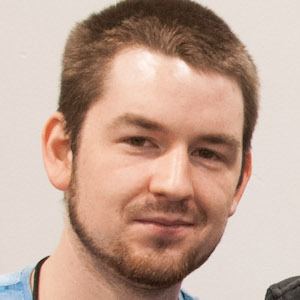 Drummer who is best known for his time in the progressive metal band Animals as Leaders. He joined the group in 2011 shortly after having moved to Los Angeles to pursue his career in music.

He attended the Berklee College of Music, and graduated in 2011. During his time there, he toured with the African hip-hop group Gokh-Bi System.

In March 2015, he was featured as a cover artist for Drummer Magazine. In 2014, he and Animals as Leaders released the album The Joy of Motion. It debuted at #23 on the Billboard 200 US charts.

He was born and raised in Hopewell, Virginia.

He first met Tosin Abasi shortly after having moved to Los Angeles. Tosin eventually convinced him to join Animals as Leaders.

Matt Garstka Is A Member Of