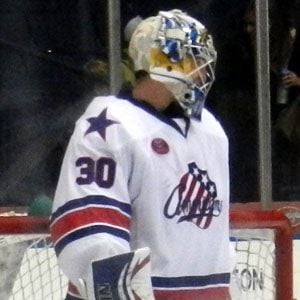 Goaltender who made his NHL debut in 2011 with the Minnesota Wild after being drafted by the team 77th overall in 2009.

He played two seasons for the Windsor Spitfires in the Ontario Hockey League.

His uncle was an NHL goaltender.

In 2013, he was traded from the Wild to the Buffalo Sabres in exchange for right winger Jason Pominville.

Matt Hackett Is A Member Of