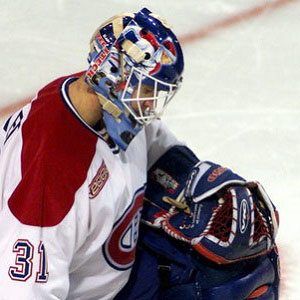 Goaltender known for his good reflexes and aggressive style, he had a long NHL career with several teams, including the San Jose Sharks and Chicago Blackhawks.

He played for the London Diamonds in the Western Ontario Junior B Hockey League.

In 2006, the Colorado Avalanche hired him as a goaltending coach.

He was born in London, Ontario, Canada.

Goalie Arturs Irbe was his teammate on the Sharks.

Jeff Hackett Is A Member Of