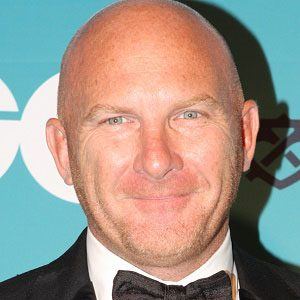 Celebrity chef who rose to fame as the host of From Paddock to Plate on the Lifestyle channel, he has appeared on a number of popular cooking shows including The Chopping Block and The Great Australian Bake Off.

At only fifteen, he took an apprenticeship at La Belle Helene in Sydney, Australia. By 1991, he'd opened his first restaurant, the Paddington Inn Bistro.

He became a member of the culinary panel for Singapore Airlines and develops meals for passengers on their flights.

He married novelist Sarah Hopkins and the pair have two children named Harry and Amelia.

He began serving as a judge in the third season of the spinoff MasterChef Australia with Matt Preston and Gary Mehigan.

Matt Moran Is A Member Of