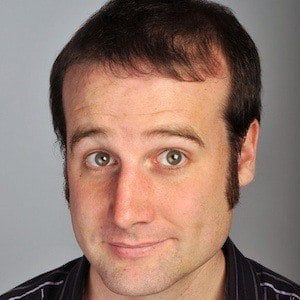 Stand-up comedian and former mathematics educator who has been featured on a variety of television and radio programs. He runs a YouTube channel called standupmaths that has more than 900,000 subscribers.

He founded MathsJam in 2008 which is an informal gathering of London-based math teachers, university students and all others who enjoy discussing maths.

He became the Public Engagement in Mathematics Fellow at Queen Mary University of London. He wrote a book called Things to Make and Do in the Fourth Dimension.

Matt Parker Is A Member Of