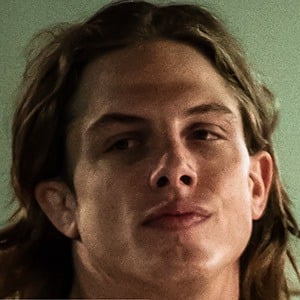 American professional wrestler and former mixed martial artist, who's been signed with the WWE and has performed in their developmental territory NXT and with their Raw brand. He's formerly one-half of The Chozen Brothers with partner Jeff Cobb, and the two were Pro Wrestling Guerrilla (PWG) World Tag Team Champions. He is also a former one-time Evolve champion, one-time WWN Champion, and two-time Progress Atlas Champion.

He spent formative years in Saratoga Springs, New York and was a state wrestling champion in 2004 in high school. He made his transition to MMA after his college wrestling coach was fired and Riddle wound up losing his scholarship.

He was a professional MMA fighter from 2008 to 2014, and appeared on SpikeTV's The Ultimate Fighter 7. He went on to go on a four-fight win streak in the UFC before he was fired after testing positive for marijuana in February 2013.

He's been married to fellow wrestler and gymnast Lisa Riddle.

Matt Riddle Is A Member Of