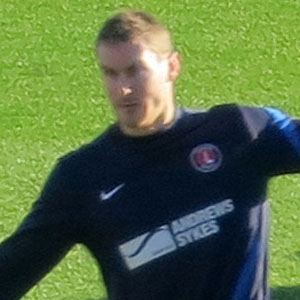 Goalkeeper-turned-center-back who made his professional debut in 2000 for Burscough and later played for Exeter City, Charlton Athletic, and several other clubs.

He played for Rossendale United in 2003.

Midfielder and striker Danny Haynes was his teammate on Charlton Athletic in 2012-2013.

Matt Taylor Is A Member Of