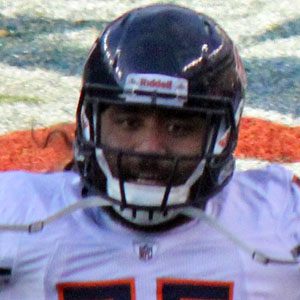 Defensive tackle who was a sixth round pick of the Cincinnati Bengals in the 2007 NFL Draft.

He played college football at the University of Oregon.

He never played a game for the Bengals and was signed by the Chicago Bears in 2007. He spent the next 6 seasons playing for the Bears.

He was born in San Francisco, California and raised in Pago Pago, American Samoa.

He played under the leadership of Brian Urlacher during his tenure with the Bears.

Matt Toeaina Is A Member Of