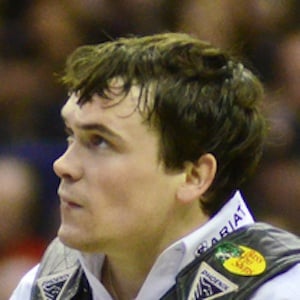 Professional bull rider who rides under PBR. His world ranking is 22, and he has been sponsored by Ariat since 2014.

He rode his first bull when he was 10 years old. He had only ridden junior bulls before then. He graduated from Colombia Falls High School in Montana.

If he wasn't a professional bull rider, he would have pursued a career in extreme snowboarding.

His parents are Pat and Kari Mcfadyean Triplett and he has one sister, Katie Triplett. He has been in a relationship with Cierra Zomer since 2015.

He lists Tom Brady and Justin McBride as his idols.

Matt Triplett Is A Member Of