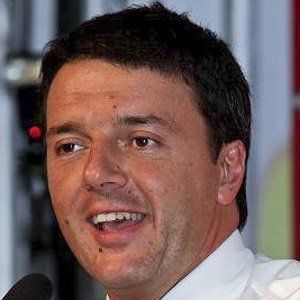 Italian politician affiliated with the Democratic Party. He took office in 2014 as his country's fifty-sixth Prime Minister. Earlier in his political career, he had served as Secretary of the Democratic Party and President of the Council of the European Union.

After studying law at the University of Florence, he worked in marketing and also played the competitive sport of futsal. Soon after entering politics, he was elected President of the Florence Province and Mayor of Florence, Italy.

Thirty-nine years old at the time of his swearing in, he was the youngest Italian Prime Minister in history.

He married Agnese Landini in 1999. They have three children named Emanuele, Ester, and Francesco.

He held office as Prime Minister while Giorgio Napolitano served as President of Italy.

Matteo Renzi Is A Member Of