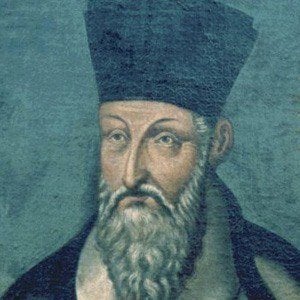 Missionary who went to China and became one of the first explorers to introduce European culture to the locals.

He joined the Jesuit Society, against his father's wishes, and shipped off to China.

He used a lot of the Confucian principles held by the Chinese to explain Christianity to them.

He was born into a noble family.

He was one of the first European visitors to China since the travels of Marco Polo in the 13th century.

Matteo Ricci Is A Member Of