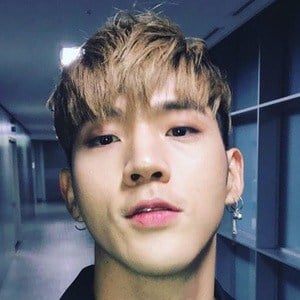 Best recognized as one member of the South Korean pop group K.A.R.D. The DSP Media group debuted in December 2016 with the track "Oh NaNa."

Before signing with DSP Media, he auditioned for the first season of K-Pop Star in 2012.

One of his first appearances was in the music video for Rainbow's "Sunshine" released in 2013.

Though both of his parents are Korean, he grew up in Southern California and even attended California State Polytechnic University.

The other members of K.A.R.D include Jiwoo Jeon, J.Seph, and Somin Jeon.

Matthew Kim Is A Member Of