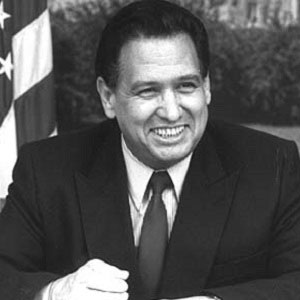 From 1982 until 2001, this Democratic-turned-Republican politician served California's 30th and 31st districts in the United States House of Representatives.

After finishing his studies at Theodore Roosevelt High School in Los Angeles, California, he became a private first class in the United States Marine Corps. Before entering national politics, he served as Mayor of Monterey Park, California, and was elected to the California State Assembly.

While in Congress, he served on the Human Resources, Employment Opportunities, Foreign Affairs, and Education and Labor Committees.

He was born in Colorado and raised in Los Angeles, California. His marriage to Elvira Yorba Martinez resulted in daughters named Carol Ann, Diane, and Susan, and in sons named Matthew and Michael.

Matthew Martinez Is A Member Of