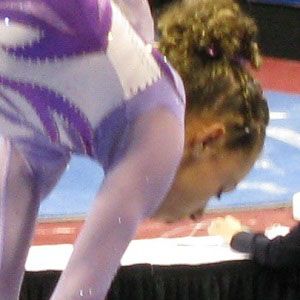 Former gymnast best known for her victories at competitions like Gymnix International and the VISA Championships. Her stellar performance the Junior Pan American Games earned her the USOC Female Athlete of the Month award for November 2007.

She was born in Los Angeles and first competed at the junior international level in 2006 at the U.S. Classic.

At the 2007 Junior Pan American Games, she placed first in the team, all-around and floor exercise events. She came in second in the uneven bars.

Her sister, Willie Larson, is an actress who has appeared in films like "Mean Girls."

She was teammates with Alicia Sacramone at the Friendship International Exchange in 2008.

Mattie Larson Is A Member Of