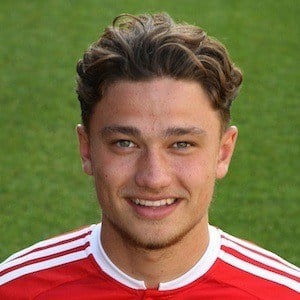 Professional footballer who is best known for his work with the team Nottingham Forest as a Midfielder.

After spending 16 months training with the FAB Football Academy based at Bisham Abbey, he signed with Nottingham Forest in October of 2014.

He scored his first goal professionally for the team the Daggers in a three to one defeat to Hartlepool United on March 12 2016.

He was born and raised in Slough, England.

As a member on the team Nottingham Forest, he plays alongside Daryl Murphy, Jason Cummings, and Ben Osborn.

Matty Cash Is A Member Of