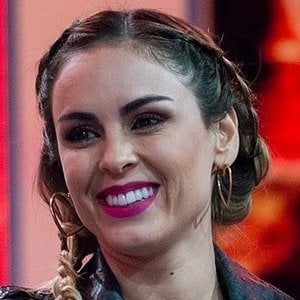 Reality television personality who rose to fame after appearing as a contestant on the TVN reality program Rojo Fama Contrafama. She is also recognized for having competed on the IWT series Stars on Ice.

She worked as a professional dancer prior to pursuing a career in television.

She appeared in Canal Magdalena's "Lady Love Me" music video.

Her full name is Maura Verónica Rivera Díaz. She married professional soccer player Mark González in 2010 and they have two children together named Mark and Luciana.

In late 2016, she was photographed with rapper Don Omar.

Maura Rivera Is A Member Of