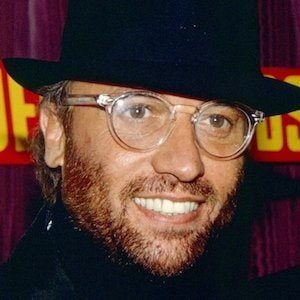 British musician best known as a member of the disco group the Bee Gees with his brothers Barry and Robin. They were known for hits like "Stayin' Alive," "More Than A Woman," and "Night Fever."

He grew up in a part of Brisbane that was demolished to build Brisbane Airport. His first band was called the Rattlesnakes.

He and former Beatles member Ringo Starr were close friends.

Maurice Gibb Is A Member Of