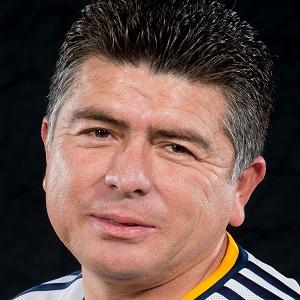 Former Salvadoran attacking midfielder who was named to the MLS Best XI three times in seven seasons with the Los Angeles Galaxy.

He made his professional debut with El Salvador's Soyapango in 1986.

He won his only MLS Cup with the Los Angeles Galaxy in 2002.

He retired to California with his wife and three children after his playing career.

Mauricio Cienfuegos Is A Member Of