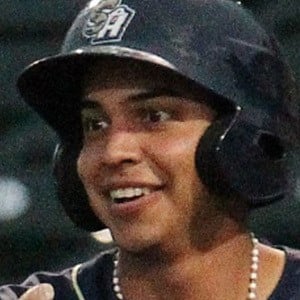 Shortstop who became the second Honduran baseball player to make it to the MLB, when he made his pro debut pinch hitting for the Milwaukee Brewers in July 2019. He was traded later that month to the San Francisco Giants, with whom he made his first pro start in August 2019.

He was rated as the Boston Red Sox's best defensive draft pick following the 2013 MLB Draft by Baseball America.

While born in Honduras, he later attended high school in Sacramento, California to continue honing his baseball skill.

He played for Bruce Bochy at the conclusion of the 2019 MLB season with the San Francisco Giants.

Mauricio Dubon Is A Member Of