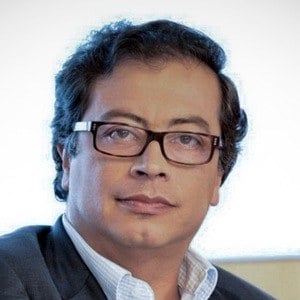 Colombian politician, economist, and presidential candidate who is known for having served as the mayor of Bogota. He is known for his left-leaning politics and for being a member of the guerrilla group Alianza Democratica M-19. He is also known as one of the founding members of the Progresistas movement.

He attended the Colegio de Hermanos de La Salle where he founded the student political newspaper Carta al Pueblo. He became involved with the M-19 gorilla movement at 18 and was subsequently arrested for his role in the Palace of Justice Siege. His career in politics began in 2002 when he was elected to the Chamber of Representatives of Colombia.

As mayor of Bogota, he was able to accomplish a progressive agenda which included the creation of the Women's Secretariat as well as the LGBTI Citizenship Center which helped to incorporate 49 centers for birth control and abortion care in cases permitted by the government.

He was born and raised in Cienaga de Oro, Colombia.

He is known for being an opposing force of Alvaro Uribe's government and often encouraged debate on the Parapolitics scandal in February of 2007.

Gustavo Petro Is A Member Of