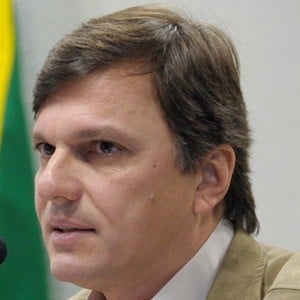 Brazilian journalist who is known for specializing in sports journalism. He is known for his work with ESPN Brazil and CBN Radio and is best recognized for his World Cup and UEFA Champions League commentaries.

His career in journalism first began in the 1980s. After working with Radio Tupi and the Globo Radio, he began working as an editor of Jornal dos Deportes. He then joined ESPN in 2004.

He is also known for being a professor in the Faculty of Journalism and Radio at the University of Santo Amaro in Sao Paulo.

He was born and raised in Niteroi, Rio de Janeiro, Brazil.

Ale Oliveira is another Brazilian journalist known for working with ESPN.

Mauro Cezar Is A Member Of