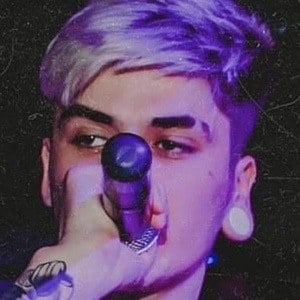 Argentinian rapper who first rose to fame as a competitor on El Quinto Escalón. In 2017, he won seasons 6 and 7 of the freestyle competition. Among his most famous songs are "Apaga el Celular," "Flexin'" and "Buffón."

One of his earliest releases was the song "DE$TROY," which was released in October 2017.

He has gained over 4.9 million followers to his litkillah Instagram account. He's shared numerous pictures with artist Paulo Londra on his Instagram. He made an appearance in Telefe's telenovela 100 Días para Enamorarse playing himself.

His real name is Mauro Monzón. He has a brother. He began dating Nadu Lago.

In early 2018, he went on tour to Italy and Spain alongside fellow trapper ECKO.

Lit Killah Is A Member Of