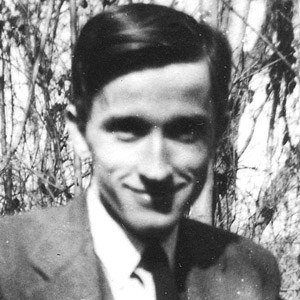 Remembered for his work in the field of biophysics, he was a 1969 recipient of the Nobel Prize in Physiology or Medicine for his research on the replication process and genetic composition of viruses.

After studying theoretical and astrophysics at the University of Göttingen, he earned a Rockefeller Foundation fellowship to study molecular biology and genetics at the California Institute of Technology.

He established the Institute for Molecular Genetics at the University of Cologne.

The great-grandson (on his maternal side) of German chemist Justus von Liebig and the son of historian Hans Delbrück, he was raised in Berlin, Germany. His brother and two brothers-in-law were executed by the Nazi SS for their role in a 1944 plot to assassinate .

Max Delbruck Is A Member Of