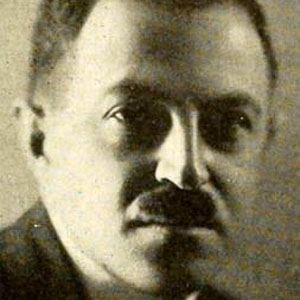 In his early adulthood years, he trained at Manhattan's Cooper Union for the Advancement of Science and Art and went on to become Popular Science magazine's Art Editor.

In the early 1920s, he created two short films that educated viewers on Darwin's Theory of Evolution and Einstein's Theory of Relativity.

He was born in Krakow, Austria-Hungary (present-day Poland) and raised primarily in New York City. His decades-long marriage to Ethel Gold resulted in a film director son named Richard Fleischer.

His popular Betty Boop character was, at different points, voiced by Mae Questel, Margie Hines, and Ann Rothschild, among other actresses.

Max Fleischer Is A Member Of