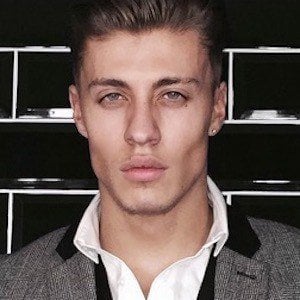 In November 2011, he joined the social media world with the debut tweet "first tweet.. i love you yasmin dina zerrouk

His success on social media has earned him more than 370,000 dedicated followers on Instagram.

He has lived in Brighton, England.

He became friends with Calum Best and Rita Ora.

Max Hamilton Is A Member Of