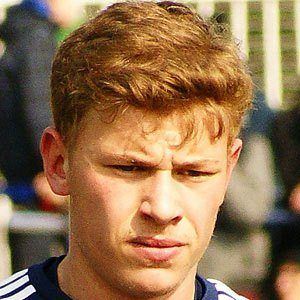 Standout German soccer player who became the top goal-scorer at the UEFA European Under-17 Championship in 2012. He played for FC Schalke 04 from 2013 until 2018 when he signed with Crystal Palace. He's been a member of the German national team since 2014.

He played on the youth team of his hometown club FC Sardegna Oberhausen.

He received the Fritz Walter Medal as the best youth player in Germany at both the Under-17 and Under-19 levels.

His birth name is Maximilian Meyer. He grew up in Oberhausen, Germany.

He has played with Jefferson Farfan at FC Schalke 04.

Max Meyer Is A Member Of