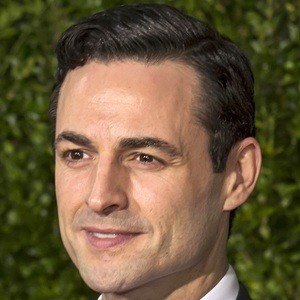 Actor who originated the role of Henri Baurel in the 2015-16 original Broadway/Paris production of An American in Paris. He was nominated for the 2015 Tony Award for best featured actor in a musical for his work.

He graduated from the University of North Carolina at Chapel Hill. He first performed on Broadway in 2000 in Jesus Christ Superstar.

He starred in 14 episodes of the web series Submissions Only as Cameron Dante from 2011 to 2014.

He was raised in Long Island, New York.

His first major touring job was in 1997 alongside Liza Minnelli.

Max Von Essen Is A Member Of