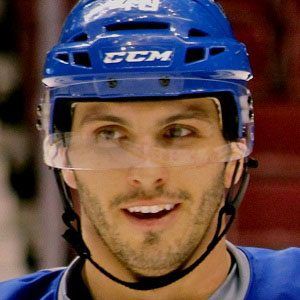 Canadian hockey player best known for his years with the Montreal Canadiens and Vancouver Canucks. He played in the 2010-11 Stanley Cup Final with the Canucks in a seven-game series against the Boston Bruins.

He debuted with the Montreal Rocket in the Quebec Major Junior Hockey League during the 2001-02 season.

In 2013, he was suspended five games for checking San Jose Shark Dan Boyle, who had to be hospitalized for his injuries.

He was teammates with left winger Daniel Sedin in Vancouver.

Maxim Lapierre Is A Member Of