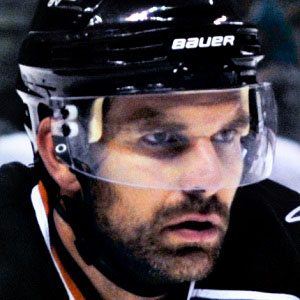 Canadian defenceman who won the Stanley Cup as a member of the Tampa Bay Lightning in 2004 and joined the San Jose Sharks in 2008. With the Canadian national team, he took home gold at the 2010 Winter Olympics in Vancouver.

He played with the Miami RedHawks in the Central Collegiate Hockey Association for four seasons before being signed by the Florida Panthers as an undrafted free agent in 1998.

An electrical fire broke out in his home during the first game of the 2004 Stanley Cup Final, causing about $300,000 worth of damage.

He married Amber Esposito in 2008.

Dan Boyle Is A Member Of