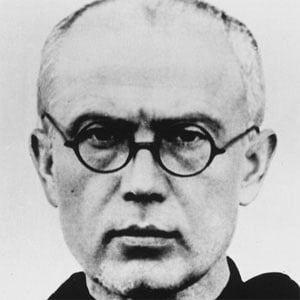 Beatified by Pope Paul VI in 1971 and later canonized by Pope John Paul II, he heroically took the place of a stranger given a death sentence at the infamous Auschwitz concentration camp.

He claimed that the Virgin Mary appeared to him when he was a child and asked him if he was willing to become a martyr.

He was born in Zduńska Wola in the Kingdom of Poland.

He died in Auschwitz, a concentration camp established by Adolf Hitler's Nazi regime.

Maximilian Kolbe Is A Member Of