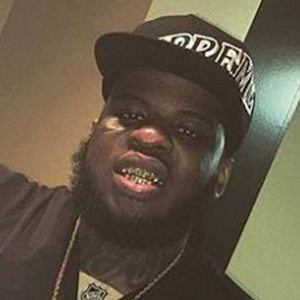 Rapper known for mixtapes such as Retro Card, Quicc Strikes, #Maxo187 and The Persona Tape.

He was affiliated with the 52 Hoover Gangster Crips growing up and eventually jailed for his crimes. Upon his release, he got involved in music.

He gained popularity for his remix of Kendrick Lamar's hit "Rigamortis" in 2012.

He was born Emekwanem Ogugua Biosah Jr. in Houston, Texas, and raised in Alief, Texas.

He began making a name for himself by appropriating the tracks of famed Houston artist DJ Screw.

Maxo Kream Is A Member Of