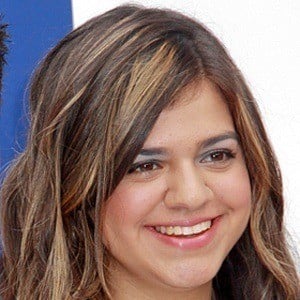 Actress who became widely known for starring in the 2009 television movie Mr. Troop Mom. She is also the daughter of legendary comedian George Lopez.

She made her acting debut in 2007 in an episode of her father's eponymous sitcom.

In 2016, she joined the cast of the 2017 comedy film Handsome starring Kaley Cuoco and Natasha Lyonne.

In the 2009 film Mr. Troop Mom, she joined stars Jane Lynch and Daniela Bobadilla alongside her father.

Mayan Lopez Is A Member Of