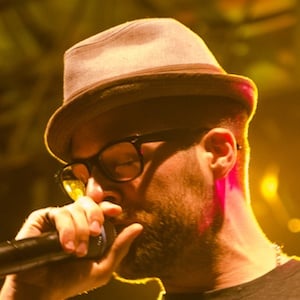 Famous for his career as both a rapper and yogi whose songs often convey peaceful spiritual messages stemming from Hinduism. He released his debut album Elephant Power in 2008 and book Spiritual Graffiti, Finding My True Path in 2017.

He began his rap career at age 13. He later found yoga while living in a home for at-risk youth at age 17.

He released his sixth studio album Only Love is Real in 2015. He produced the video for the single "Be the Change (The Story of Mahatma Gandhi)" in 2012 in celebration of the Gandhi Jayanti festival in India.

His father practiced yoga, which inspired him to begin. His wife's name is Amanda.

His 2008 campaign music video for Barack Obama titled "Obama '08 - Vote for Hope" that went viral on YouTube upon its release.

MC Yogi Is A Member Of