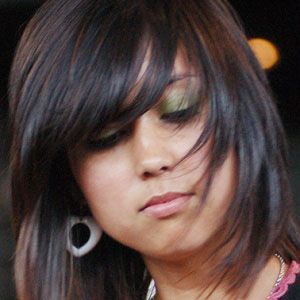 Singer best known as one half of the duo Meg & Dia with her sister Dia Frampton.

One of her earliest videos with her sister Dia was "Meg & Dia - Roses: Making of The Video" posted in July 2007.

Outside of her band, she makes jewelry for her jewelry shop titled Chandler the Robot. She opened a coffee shop called Three Pines Coffee.

Aside from Dia, she has four other sisters. She has posted photos with her boyfriend on Instagram.

She hosted a panel about speaking up in May 2015 with drummer Jess Bowen.

Meg Frampton Is A Member Of