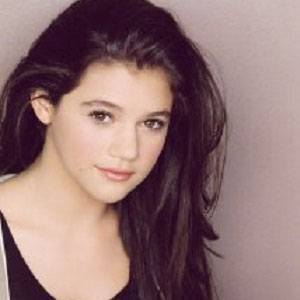 Best known for her role as Susan on the hit Nickelodeon series Haunted Hathaways, she has also been seen on television in an episode of Modern Family and in the TV movie Commando Crash.

She began her acting career by doing musicals at her local theater, The Norris, when she was nine years old.

In 2013, she won a Best Actress Award through the California Educational Theater Association Awards.

She has three brothers and was living in California as an actress.

She appeared alongside Curtis Harris on The Haunted Hathaways.

Megan Goodman Is A Member Of