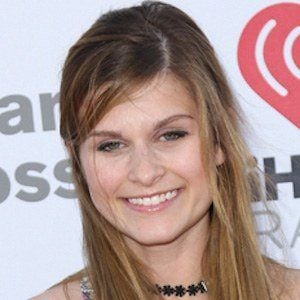 Actress and comedienne who became a series regular on the YouTube Red Original series Foursome. She has previously starred in Dumb American Family and The Joe Schmo Show and is an active Upright Citizens Brigade comic.

She went to college in California where she obtained two degrees. While in school, a friend introduced her to Upright Citizens Brigade.

She wrote, directed and starred in a short film called Nachos: A Story of Love and Despair.

She was born in Knoxville, Tennessee and raised in Connecticut. She is married to actor Josh Brener.

She is joined by Jenn McAllister in the cast of Foursome.

Meghan Falcone Is A Member Of