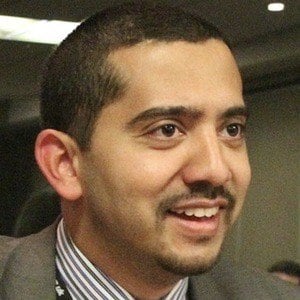 Journalist and television presenter best known for hosting shows on Al Jazeera English like Head to Head and UpFront. He has worked at the editor of news and current affairs for Channel 4 and was later named the political director of the Huffington Post.

He studied philosophy, politics, and economics at the University of Oxford and graduated in 2000. He later earned a brief job on BBC1's The Politics Show.

He has made a number of programs as a guest like BBC's Question Time, The Big Questions, and Sunday Morning Live.

A British man of Indian descent, he later lived in Washington D.C.

He co-authored Ed: The Milibands and the making of a Labour leader, the biography of politician Ed Miliband.

Mehdi Hasan Is A Member Of