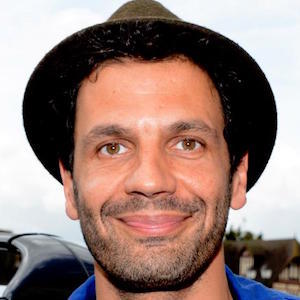 Best known for his role as Ali Hassan Salameh in the Steven Spielberg film Munich, he also appeared in a Cannes film festival selection titled Schläfer. In addition, he starred in the award-winning Seeds of Doubt, which premiered at the 2004 San Francisco Film Festival. In 2018, he began starring in Netflix's Baby.

He made his screen debut in the Filipos Tsitos-directed film My Sweet Home.

He earned great critical acclaim for his roles in such French television shows as Douce France and Spiral.

He grew up in Bayonne, France, in a Muslim family of Algerian and German descent. His brother, Safy Nebbou, also had a career in film.

He appeared with American movie star Leonardo DiCaprio in the 2008 movie Body of Lies.

Mehdi Nebbou Is A Member Of