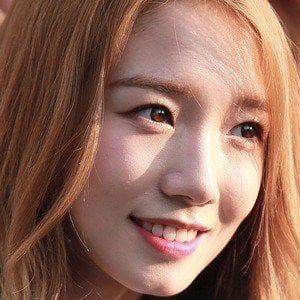 Dancer and vocalist for the 13-member girl group Cosmic Girls (aka WJSN) formed by Starship Entertainment. They made their debut with their first mini album Would You Like?

She became a part of the WJSN subgroup called The Natural Unit in 2015.

She and the Cosmic Girls won Rookie of the Year for the 2016 M! Countdown in China.

She was born in Luoyang, Henan, China.

She and Xuan Yi are members of the Cosmic Girls who are both of Chinese descent.

Mei Qi Is A Member Of