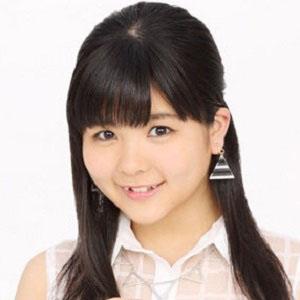 Famous for her membership in the Japanese girl group S/mileage (also known as ANGERME), this pop singer joined the popular Hello! Project-sponsored group in late 2011.

She first performed in public -- alongside Japanese vocalist Kiyoshi Hikawa -- when she was just five years old. Five years later, she performed with several of her future S/mileage bandmates in a musical theater piece titled Shugo Chara.

Her sixteenth birthday was celebrated during a special S/mileage event in Tokyo in late 2014.

She and her actress sister, Karen Tamura, were born and raised in Gunma, Japan.

She and Maimi Yajima are both known for their membership in Hello! Project vocal groups.

Meimi Tamura Is A Member Of