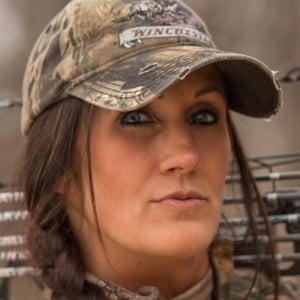 TV Producer who has starred on the show Winchester Deadly Passion and has her own YouTube channel under the name Deadly Passion, which has amassed over 18 million views.

Her first job as a producer was with North American Hunter Television.

In 2012, she was set to appear on National Geographic's show Surviving Alaska, until a Change.org petition surfaced around the internet against her appearing and received over 10,000 signaturies in 24 hours.

She has a brother named Aaron. Her parents were both avid hunters.

Melissa Bachman Is A Member Of