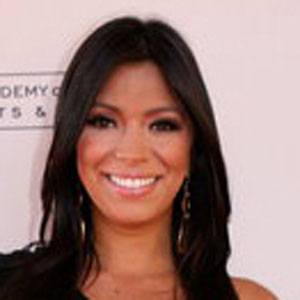 Colombian TV presenter who became known for hosting such shows as Buena Fortuna and Acceso Total. She has also been a weather girl on Los Angeles-based TV station Canal 22.

She studied Social Communication while working as an actress on the comedy series "Cual es la Vaina."

She won the Miss Congeniality pageant in Long Beach, California in 2007.

Her mother is Nelly Romero Sosa and her father is Guillermo Martinez Navarro, both journalists.

She appeared in the music video for the song "Buenos Días Amor" by Mexican singer Cristian Castro.

Melissa Martínez Is A Member Of