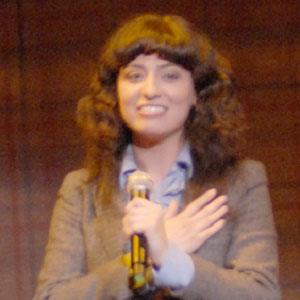 Standup comedian and impressionist known for her self-titled YouTube channel and for voice acting for shows like Family Guy and Adventure Time. She made her national debut on America's Got Talent season six. She joined the cast of Saturday Night Live in 2016.

She began doing impressions at the age of twelve and attended the Laugh Factor comedy camp at the age of fifteen. By eighteen she was doing standup at open mic nights.

She made a name for herself on America's Got Talent doing impressions and one of her most popular YouTube videos "Melissa Villasenor's Impressions!" earned more than 1 million views after it was posted in January 2011.

She was born in Whittier, California, and grew up in Tacoma, Washington, alongside a brother and sister.

She is friends with fellow YouTube star and comedian Anna Akana . Anna also performed an impression of her in September 2015.

Melissa Villasenor Is A Member Of