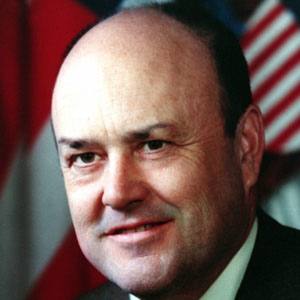 A Republican politician and Wisconsin seventh-district representative in the United States Congress, he also served as President Nixon's Secretary of Defense during the late 1960s and early 1970s.

After attending Minnesota's Carleton College, he served in the United States Navy, earning a Purple Heart honor for his military bravery.

In his early twenties, he replaced his father, Melvin R. Laird, Sr., as a member of the Wisconsin State Senate.

His two marriages -- to Barbara Masters and Carole Fleishman -- produced a total of four children.

He was one of the government officials who pushed for the 1973 resignation of Vice President Spiro Agnew.

Melvin Laird Is A Member Of