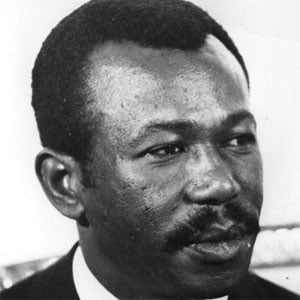 Ethiopian political figure who led the Derg, the communist military government that controlled Ethiopia during the 1970s and '80s. He served as de facto Head of State from 1977 to 1987 and as President of Ethiopia from 1987 until the end of the Ethiopian Civil War in 1991.

He joined his country's army when he was young and participated in six months of military training in the United States.

He was granted asylum in Zimbabwe as a personal guest of 7-term Zimbabwean president Robert Mugabe.

Mengistu Haile Mariam Is A Member Of