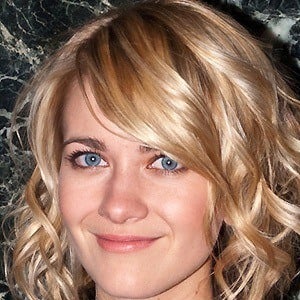 Actress who starred as Liberty Ciccone on the daytime drama series As the World Turns, and as Ava Leary on Lights Out. In 2014, she starred as Becky in the film Creative Control.

She studied at the Boston Conservatory for a year before moving to New York to pursue acting.

She has guest starred on shows such as CSI: Miami, The Following, and Royal Pains.

She has an older sister with Down Syndrome and has been involved with the Special Olympics organization. She wed actor Wyatt Russell in 2019, and the two share a son named Buddy Prine.

She appeared with Adam Brody in the 2012 film Damsels in Distress.