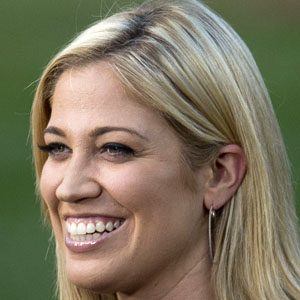 She was a sideline reporter for the Philadelphia Phillies' AAA team, the Lehigh Valley IronPigs.

She earned a Division I volleyball scholarship to La Salle University.

As the clubhouse reporter for the Yankees, she interviewed many of the team's greatest players, including closer Mariano Rivera.

Meredith Marakovits Is A Member Of