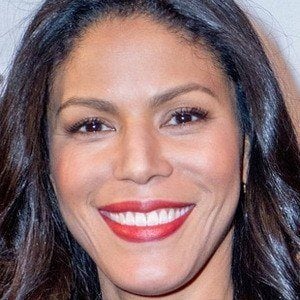 First made a name for herself playing Rita Roosevelt in the FX series Sons of Anarchy. After playing a number of recurring characters in shows like Star-Crossed and The Night Shift, she earned the title role of Grace in the OWN drama Greenleaf.

After studying theatre at Roosevelt University, she began her career in the Chicago theatre scene. She eventually began to appear in Broadway productions of Rent, Tarzan, and Spamalot before gaining widespread success on television.

She has lent her voice to several popular videos games including Uncharted 4, The Last of Us, and Half-Life 2.

Born in Okinawa, her mother was a local of Korean and Japanese descent and her father was an African-American serviceman from Memphis, Tennessee.

She is joined in the cast of Greenleaf by Lynn Whitfield and Lamman Rucker.

Merle Dandridge Is A Member Of