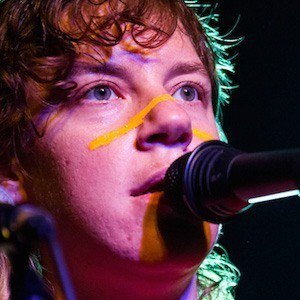 Singer and musician best known for her musical project Tune-Yards. Much of her musical performances include on-the-spot drum loops, layered vocals and ukulele. She released her debut album Bird Brains on recycled cassette tapes. Her music is trademarked for her unique experimentation and rich artistic themes.

Before beginning her music career, she worked as a puppeteer for Sandglass Theater and then played ukulele for Sister Suvi in Montreal.

She has made guest appearances on songs by artists like Citay, Afuche, and The Blind Boys of Alabama.

She was raised in both New York and New Canaan, Connecticut. After working in Montreal, she eventually moved to Oakland, California.

She signed to 4AD, a British label shared by Ariel Pink and Scott Walker.

Merrill Garbus Is A Member Of