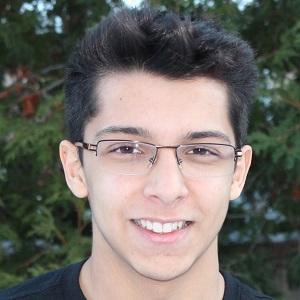 Popular YouTube vlogger whose hobbies include singing, playing guitar, as well as basketball and skateboarding. He publishes his videos to the channel mertslife.

He was attending school, sleeping in, and playing video games to pass time before his schedule started to fill up due to performing live shows and making videos.

He practices singing and playing guitar with aspirations of incorporating them into his videos.

He was born in Istanbul, Turkey but later on moved to Ontario, Canada with his parents, his little brother, and his little sister.

He and Arda Lek are both Turkish web video stars.

Mert Ulusoy Is A Member Of